The Cinelli Brothers champion a new generation of passionate musicians sharing in the love of Blues, Soul, R&B and the true authentic sounds that have made the blues a cornerstone of music history.
The band have been endlessly nominated as ‘Blues Band of the Year’ at the UK Blues Awards – please don’t miss their upcoming show on Sunday 11th September!

Nicknamed the ‘Empress of the Blues’, Bessie Smith was the most popular female blues singer of the 1920’s and 1930’s. She is often regarded as one of the greatest singers of her era, and was a major influence on other jazz singers.

Ma Bessie and her Blues Troupe perform a narrated show, featuring music from the era, and showcasing many of Bessie’s songs. The show chronicles her life, from a one-room shack in Blue Goose Hollow, to becoming the highest paid black entertainer of that time, to the tragic accident on Route 61 that ended her life, aged just 43 years.

“The Most famous Stones band in England”
– MICK JAGGER

The Counterfeit Stones are more than a tribute to the Rolling Stones, they’re a complete re-enactment. With a healthy smattering of ‘Spinal Tap’ humour, their performances take on an almost cartoon-like air.

The band formed in October 1991, and although there have been some personnel changes since then, the characters of course never change. They’ve played most major countries in the world and been booked by multinationals, British Royalty, and some of the most famous international celebrities.

Even Mick Jagger himself quoted The Counterfeit Stones as being, “The Most famous Stones band in England”. They’ve shared stages with Joe Cocker, Iggy Pop, Blur, ZZ Top, Bryan Ferry and many more.

I recently saw Dr Feelgood headlining at the Great British Rhythm & Blues Festival, and they were superb, so I am delighted to promote Dr Feelgood at Godalming Borough Hall on Saturday 5th March. I’ve lost count of the number of times I have worked with the guys, but I do remember they were the first band I booked 25 years ago!!

Dr Feelgood are the essence of the British R’n’B sound, being formed in Canvey Island in 1971 and having notable singles ‘She Does It Right’, ‘Roxette’, ‘Back In the Night’ and ‘Milk and Alcohol’. You might have seen their story documented by Julien Temple in the award winning film ‘Oil City Confidential’. All the current members are long term members from well before Lee Brilleaux died in 1994. A live experience not to be missed!

The 2022 Photo bundle of over 90 high quality black and white photos is now available, capturing a remarkable mix of portrait and performance photography. We are, as usual, indebted to Rob Blackham of Blackham Images for giving up his time in capturing both nights of music.
All proceeds go directly to The Prostate Project charity.

The photo bundle is £10 and is available as a Hi-Res Print quality download (over 400MB) here. Featuring: Van Morrison, Paul Carrack, Ralph McTell, Kiki Dee and Carmelo Luggeri, Noel Robinson, Paul Jones and the extended Jawbone band. Some amazingly candid photos capturing a wonderful night. Just one of these would make a superb framed print and a memorable picture. 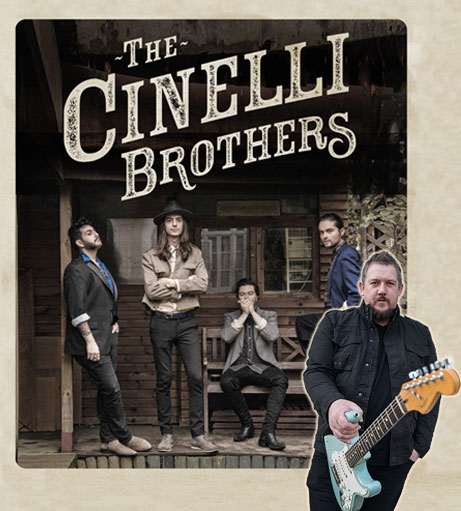 We are postponing The Cinelli Brothers show until later in the year – back with a new date very soon!

We have rescheduled as many of our 2020 shows as possible in 2021 at Haslemere Hall or Godalming Wilfrid Noyce  Centre, and we are promoting a new venue in 2022  – Godalming Borough Hall!

In addition we continue to promote the Paul Jones and Friends charity show at G-Live (next show January 2022) – join our mailing list and you will have first chance to get these tickets!

Rescheduled date for Andy Fairweather-Low & the Lowriders
Andy F-L found fame in the 1960’s as founder of Amen Corner achieving four top-ten hits, including No.1 single ‘If paradise is half as nice’. During the ensuing 5 decades Andy became one of UK’s most respected musicians, working with many of the world’s top artists, from Jimi Hendrix to Elton John, Bob Dylan to Bonnie Raitt, The Who to BB King. In recent years he’s been a regular member of Eric Clapton’s band, Bill Wyman’s Rhythm Kings, and musical director of Roger Water’s band, as well as touring with his own excellent band, the Lowriders.